Here, we went ahead and tested one of our Compact scanners, the L6 to see what results in we could achieve. The L6 being an industrial-grade pre-calibrated scanner is capable of generating scan data with an accuracy of up to 80 microns. Not to mention it produces the largest field of view out of all our 3D scanners. The below demonstration intends to capture the detailed geometry of a human face portraying different expressions.

Two Compact L6’s were positioned such that both sides of the human face were able to be captured. FlexScan3D, our mesh processing software was used here to connect to both the scanners and process the captured data. Using the software, it is easily possible to connect two scanners simultaneously for similar applications. The scans were captured and aligned automatically in FlexScan3D in under a few seconds. It is important to keep in mind that while setting up the scanners, an overlap in the geometry to be captured is necessary in order for the resulting scans to automatically align. 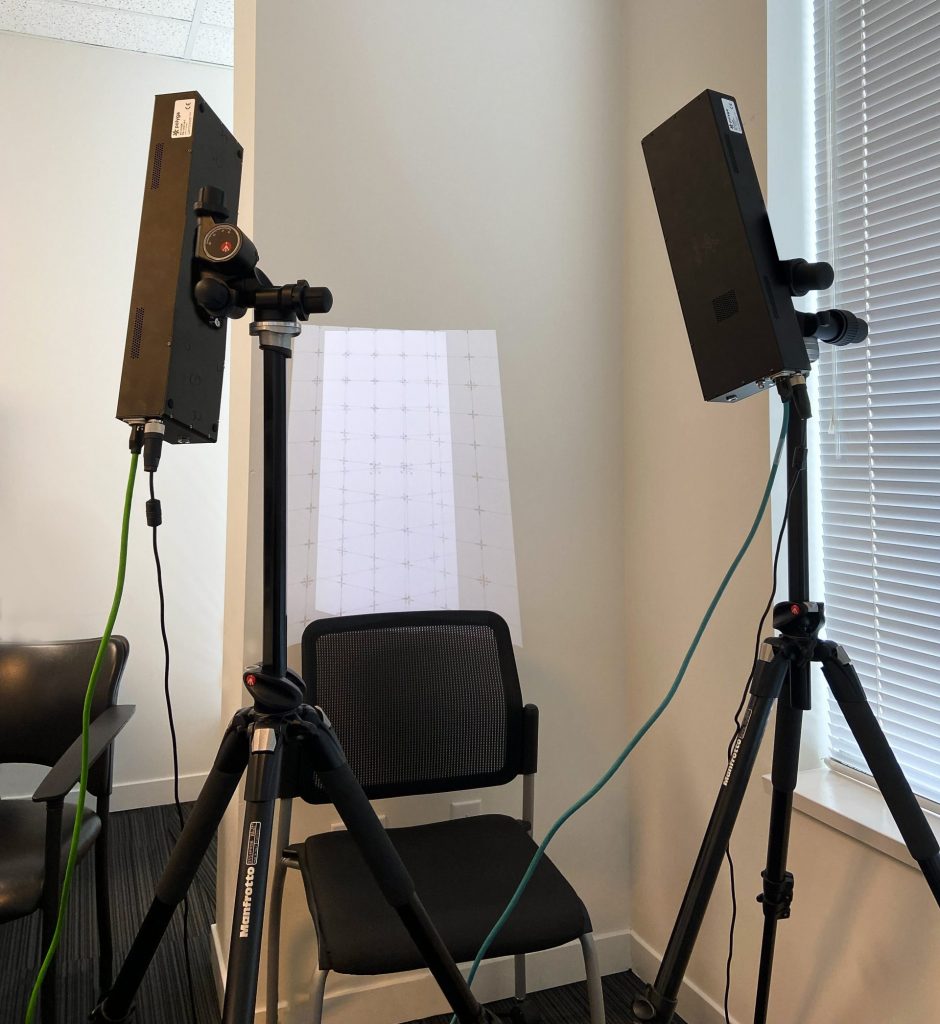 For this study, we captured 5 expressions, and here are the results:

It took a couple of seconds for the Compact L6’s to capture each of these expressions. In addition, FlexScan3D took about 15 seconds to generate the mesh from the captured images. Using FlexScan3D, the scan results can be exported in popular mesh file formats, such as .stl, .obj and .ply. With our SDK, it is also possible for users to build their own custom scanning applications or scan processing workflow to further optimize this process.

Here’s a video of the process of generating and aligning the scans:

With the results that we were able to achieve using the Compact L6, it was evident that the accuracy and the level of detail were far more accurate than the traditional techniques. The speed at which the L6 is able to capture proves that the 3D scanning can be used for medical applications where accuracy is critical such as for maxillofacial surgeries.